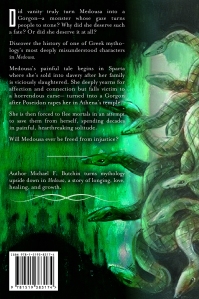 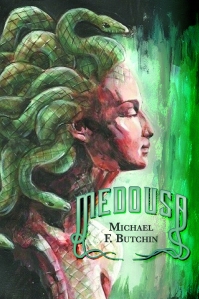 Well, my novel is officially out, and available for purchase, in both print form and in Kindle format. And now, as I leaf through my author’s proof copy of the book, and the e-book preview, I am wracked with doubt.

Before I had decided to publish on my own, I had spent over a year sending out queries, taking note of what criticisms were offered, continuing to edit and polish where I could. And yet, despite all the time and effort I spent on my novel, it was being rejected at every turn. About half a dozen times, I got agencies interested enough to request the entire manuscript for review. But, Alas! each time, my manuscript was rejected. After collecting roughly a hundred rejections, I decided to publish on my own.

As I think I may have related elsewhere, I was loath to do so, because my feeling was (and to a certain extent, still may be) that if my book was worth publishing, it would be picked up by a reputable agent, and I would be published in “The Usual Way.” But, I was ultimately encouraged by friends to publish so that I could begin earning money to pay back what I had spent on professional editors and script critiques. Furthermore, another friend of mine, who has self-published his own work, and makes a bit of supplemental income for himself thereby, advised me that the reading public would ultimately tell me whether or not they thought my work worth reading. And I was also encouraged by several pro-indy publishing sites online that publishers today, as movie studios, prefer to not to gamble. They would rather bank on known authors and proven genres; and this meant that independent publishing was a good thing, in that it would get great authors’ work into the public arena.

Of course, a lot of shit has also been published, but independently, and traditionally. So even those encouraging reasons mean nothing, really. “Eyes on texts, laddie! Eyes on texts,” to misquote a more famous axiom about the theater.

And so, as I was re-reading my work, I found at least two typos. And I began to question my reasons for putting in quite the amount of back story that I did. And the order in which I placed certain chapters. And I started thinking that I had not been descriptive enough here, but far too florid there. I began to think, “Maybe I could trim these threads here,” even though I had spent six months cutting and editing with a hatchet. I began questioning many of my choices, as well– Why did I select that version of the myth and not this one? Why did I use the obscure early legends here, but for this bit, used a much later Latin addition to the story?

In short, I am having grave self-doubt now, when it’s too late. I can only hope at this point that my book is entertaining enough to read, despite its ponderous length (I did try to make it shorter, but I apparently have too much Russian in me to accomplish such a thing.)

Maybe had I thrown in a bit of explicit sex and called it “Fifty Shades of Green,” I could’ve sold millions of copies.

I was born, according to the official records, in the Year of the Ram, under the Element of Fire, when Johnson ruled the land with a heavy heart; in the Cradle of Liberty, to a family of bohemians. I studied Chinese language and literature at Rutgers University, New Brunswick. I spent some years in Taiwan teaching kindergarten during the day, and ESOL during the evenings. I currently work as a high school ESOL teacher, and am an unlikely martial artist. I have spent much of my life amongst actors, singers, movie stars, beautiful cultists, Taoist immortals, renegade monks, and at least one martial arts tzaddik. I currently reside in Beijing's Dongcheng district
View all posts by Michael Butchin →
This entry was posted in Writing. Bookmark the permalink.

This site uses Akismet to reduce spam. Learn how your comment data is processed.

"To sting people and whip them into a fury, all in the service of truth."

Truth Can Only Be Found In Silence, But Here We Go Anyway!

The Life of an Opera Singer, Cantor & Teacher